In this project, gesture recognition was achieved by tracking user’s skeleton with RGB-D data obtained through Asus Xtion Pro camera. The system was connected to main IoT server in the lab. As a proof of concept, recognized gestures of users were used to turn off or on the lamp connected to IoT network. 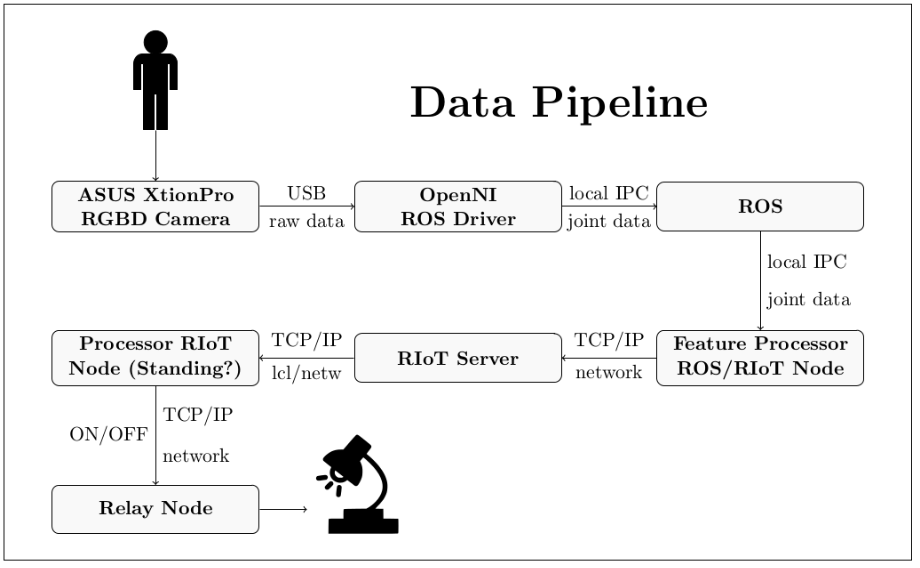 Open source computer vision libraries OpenNi2.2 and NITE2.2 were used to process RGB-D data. As a result, the algorithm output is 15 joint vector of the tracked person.

An IoT network was created with Raspberry Pi as the main server and NodeMCU’s were used to connect devices in the lab to the network. In this project, we connected a lamp to the network with NodeMCU. 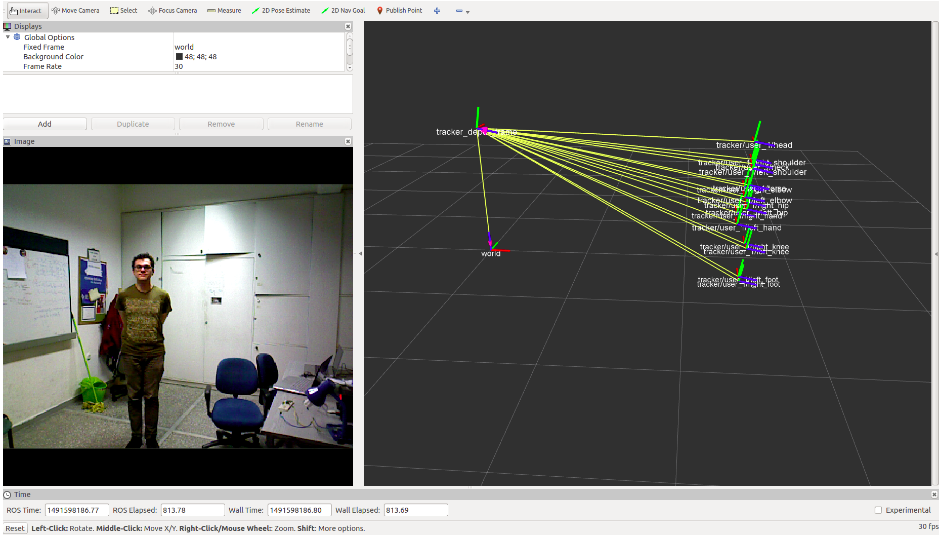 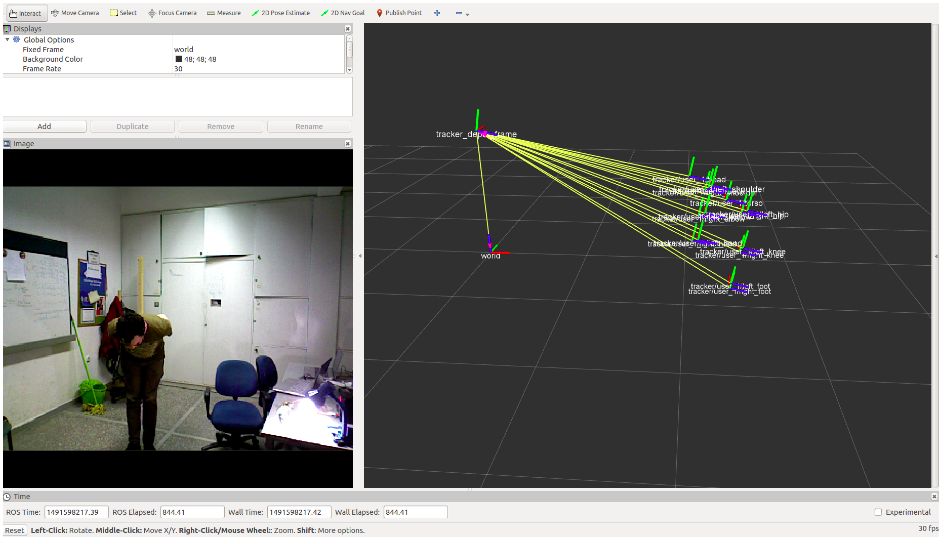