This project was my bachelor capstone project. We were asked to design and implement a mobile robot to create the map of an unknown indoor environment.

We got the following awards with this project:

Here is a mapping result after robot autonomosly navigated in an unknown area:

Here is a video of the robot in action: 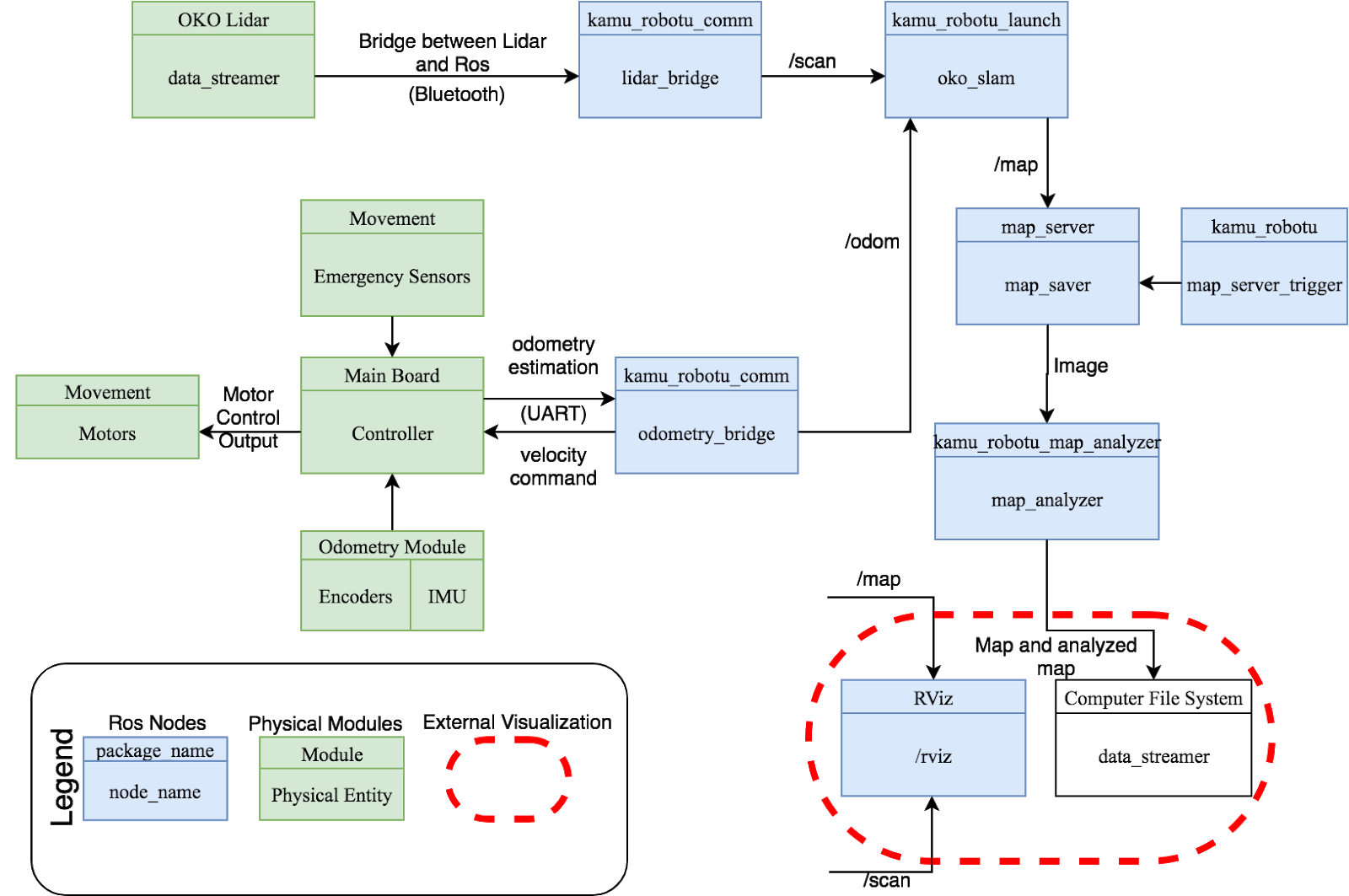 In the Solidworks environment, the robot was designed from scratch. A proper environment with real world dimensions were also created in the same way.

In the end, everything was rendered and these mechanical designs were transferred to ROS environment to test mapping performance in Gazebo simulator. 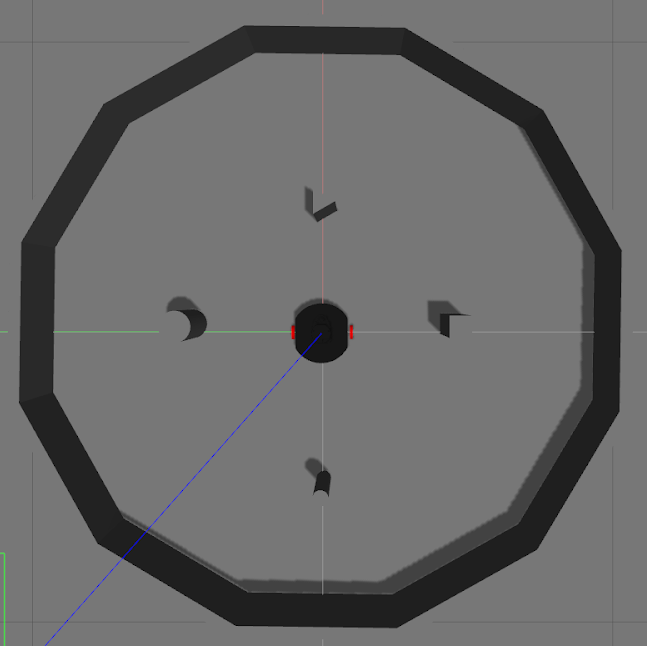 SLAM performance was tested in Gazebo with our custom made LIDAR parameters. For example, a LIDAR with a frequency 2hz and 64 samples per rotation yielded the following mapping:

The LIDAR collects information about the environment by using 4 x VL53L0X Time of Flight (ToF) sensors and it sends measured data via bluetooth connection. A Nema 17 stepper motor with 1.8 angle resolution (42SHD0001) is used to rotate LIDAR unit. To be able to measure the angle of the lidar with respect to robot, we used optical encoder with 128 point incremental pattern and 1 point index pattern. We are using wireless power to run the LIDAR.

Here is an expansion of LIDAR design in solidworks:

LIDAR in action and data transfer to ROS:

Locazation of the robot was achieved using two encoders on Namiki 22CL-3501PG 12V DC Motors, laser scan data from LIDAR and IMU data. These sensors were read on main STM Controller and they were combined in ROS environment using Extended Kalman Filter (EKF). 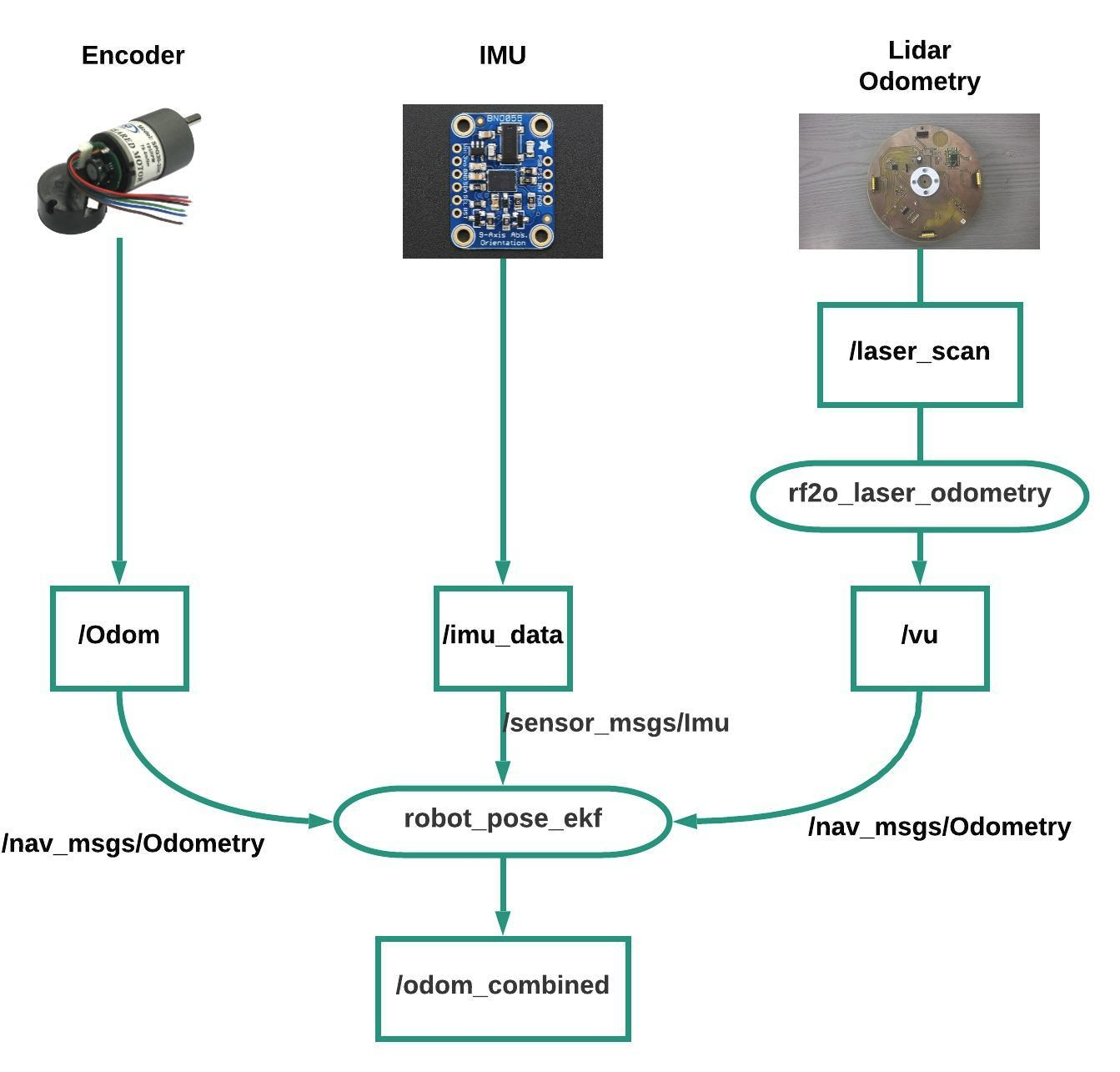 A GUI was designed to operate robot easily. 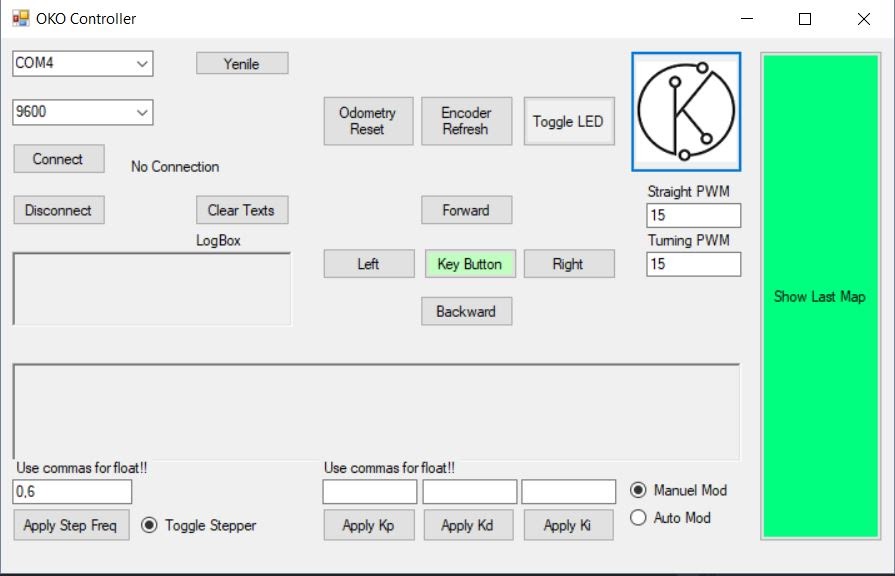 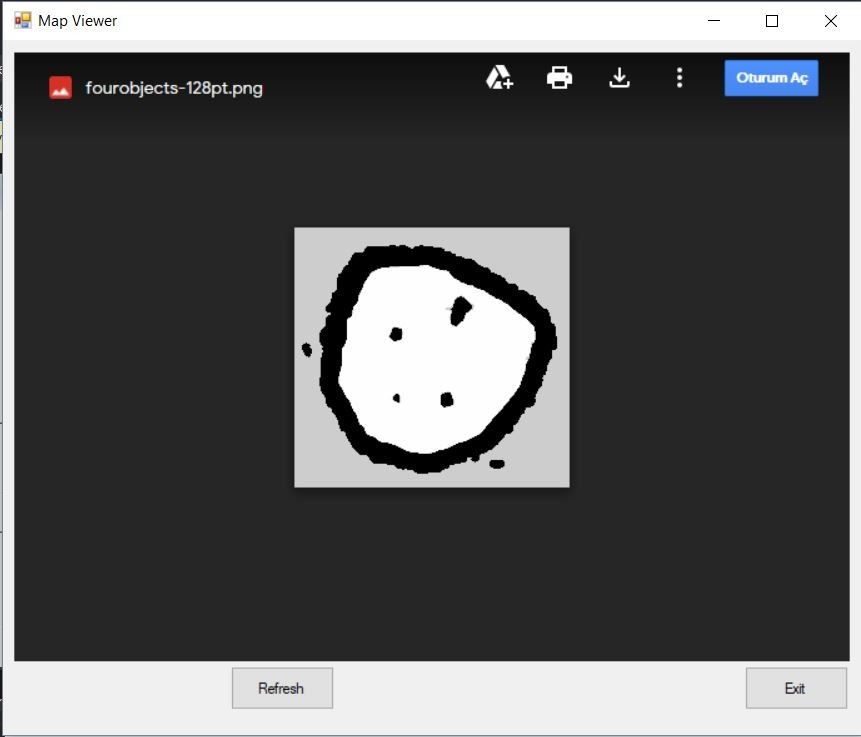 In the end, the robot was tested in real life where it can both autonomously navigate (explore) and extract the mapping of the environment (SLAM) at the same time. 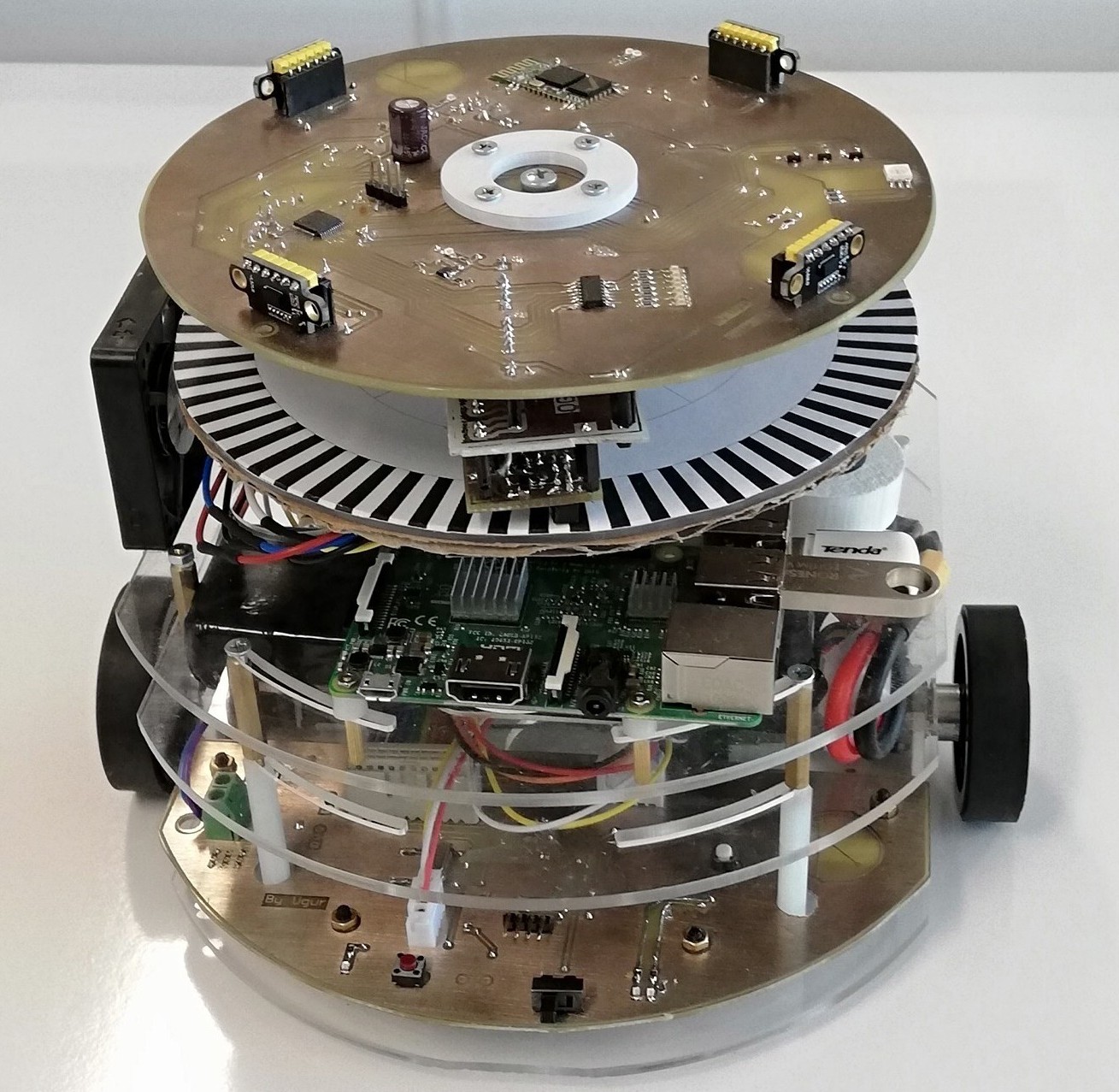 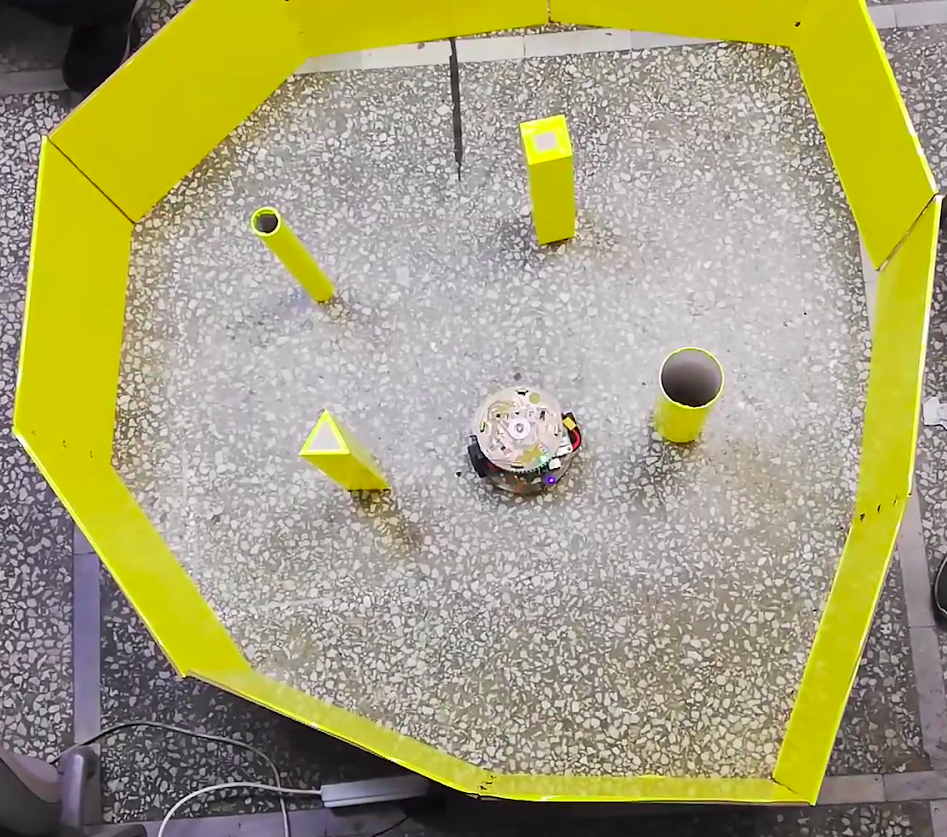 Gmapping result on the left and Cartographer SLAM on the right: 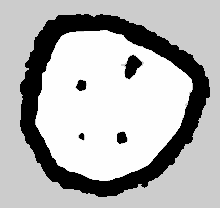 To learn more about the project, you can read the technical report or refer to Github repository.